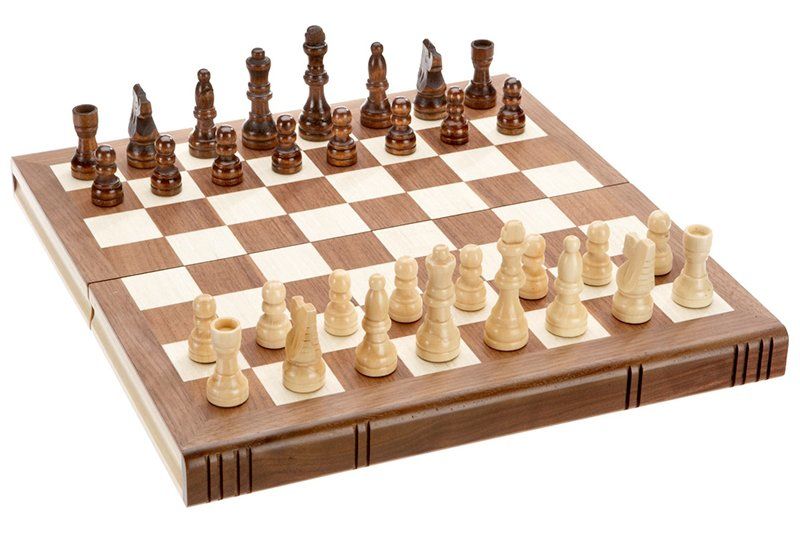 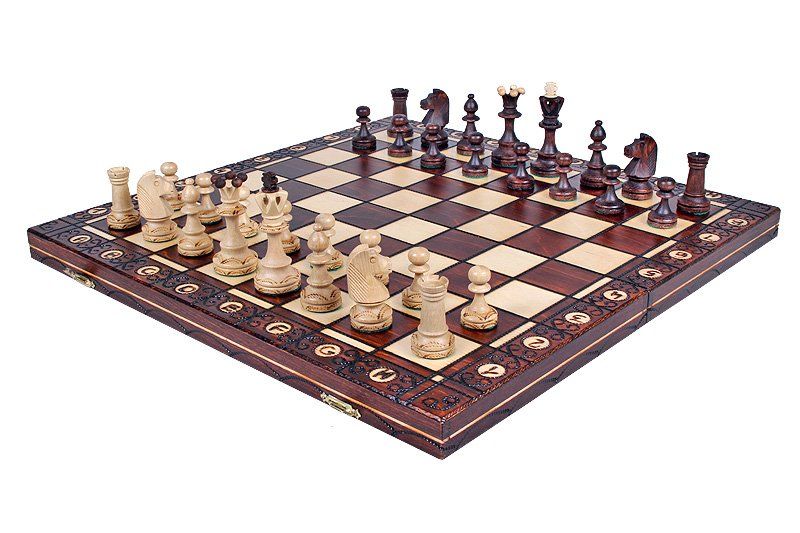 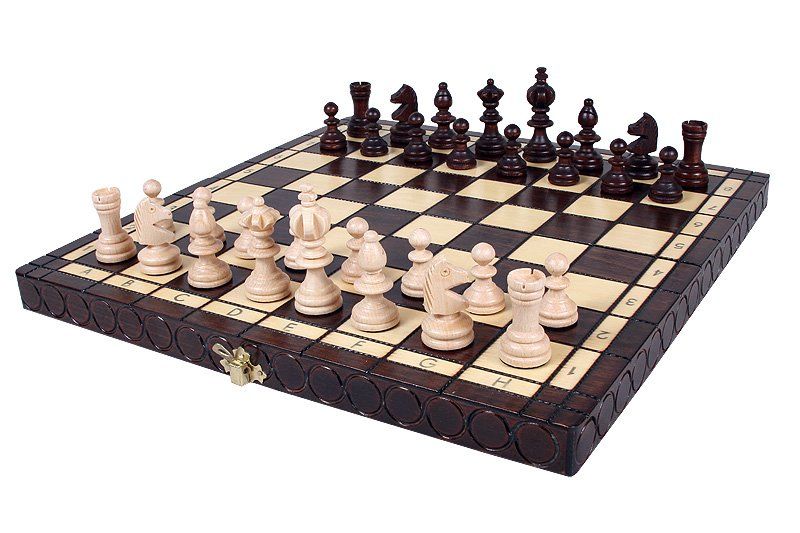 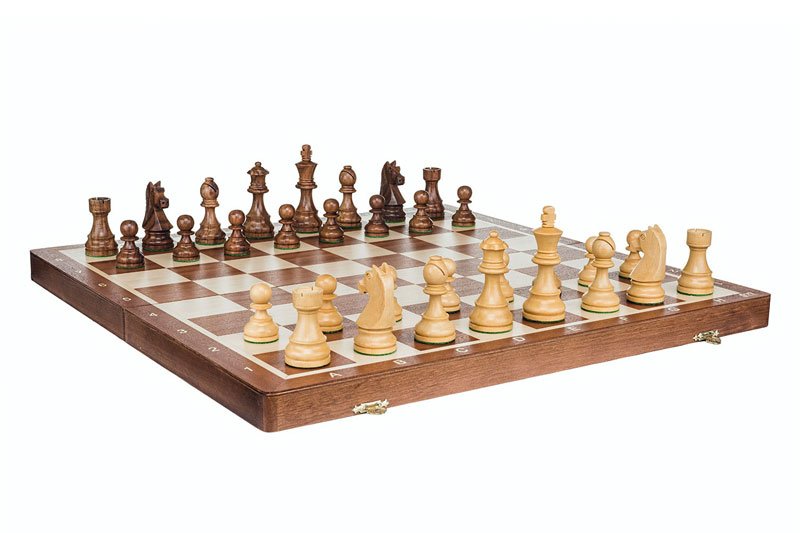 My wife loved this!!! It is so beautifully Made. It’s size makes it quite the centerpiece and when we are not playing it looks beautiful on the table.

Lovely, high quality chess set. Definitely worthy of a purchase for any chess lover. Worth every penny.

Arrived in good time, nicely made, happy and would recommend 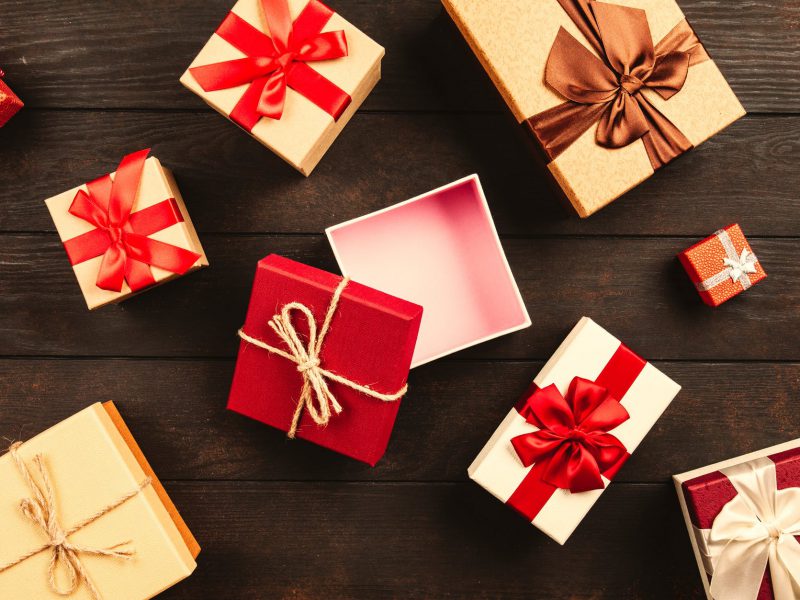 Have you ever seen anyone who hasn’t heard of chess? We haven’t. People don’t always enjoy chess, or frankly know the rules, but the game is much more famous than any other board game in history. Why is that? How did chess conquer the world and live for centuries? We’ll talk about the history traditions and rules of chess, as well as all the merchandise we offer, from luxury chess sets to plastic chess timers. But first things first. Let’s dive deeper into the origins of chess to better understand this ancient game and how it morphed and changed through time and saw entire civilizations rise and fall.

Ready yourself for a captivating journey full of chess sets, secrets, and revelations!

A brief history of chess

Naturally, the definite decade of origin is unclear, but chess as a board game originated in India, in the 6th Century, and was named ‘chaturanga’. This game was different from its modern counterpart in many ways. The chess boards for chaturanga were bigger, and the chess pieces were different as well. How do we know that that’s the game leading up to modern chess? The objective and the configuration of the game were the same. One army battles the other army and the objective of the game is to put the King into a position of definite defeat. Even though the rules might have differed, and the chess pieces moved a different way, the ambiance and the purpose of the game were the same.

Chaturanga took advantage of the Silk Road and undertook a journey west, reaching Persia. That’s where the game got the name “Shah Mat” (or “checkmate” in English transcription), which in Arabic means “The King is dead”. The rules changed as well. The chess pieces started to resemble the modern version of the game and the chess boards got smaller.

After the game traveled from Persia to Europe, and the Russian Empire, it was finally shaped into the chess we know and love today. The modern rules started coming about around the 15th century and all the moves of all the chess pieces were finalized. Through trade and merchant ships, this game traveled to America and settled there to become one of the favorite pastimes of Americans in the 18th and 19th centuries.

In the 19th century, chess culture was on the rise, as Europe and the US organized the first international chess tournament. Since then, the popularity of chess hasn’t decreased and we are happy to enjoy this wonderful game with our families, friends, and loved ones.
Let’s go on and introduce all the wonderful chess equipment available in our online chess store, where you can find all kinds of chess sets and accessories.

Now that you are more familiar with the history of this glorious game and how it came to have a permanent room in our hearts, let’s talk about the selection of chess equipment that Kaoori chess store has to offer. From themed chess sets and replicas of antique chess pieces to electronic chess sets and digital chess timers.  The products are made with quality materials and meet all the international requirements, including the ones put forth by the US Chess Federation. So, without further ado, let’s dive into the sea of chess equipment!

This is the largest category of products, that includes hundreds of different sets that will leave even the pickiest customer happy and satisfied. The chess sets we offer differ in material, size, and general style as well. As the design is the most obvious difference that first meets the eye, we think it’s the best place to start the introduction of the unique chess sets we offer

This is a subcategory of folding chess sets and you can guess from the name, features magnets on both the chess pieces and the chess boards. Magnets allow these chess sets to remain stable and provide more support for players while keeping the chess pieces firmly in place. Chess boards in this category can be both wooden, and plastic. This is a great option for playing on the go, so a  travel chess set should definitely include this feature.  A magnetic chess set or a travel chess set will help during long train rides and plane flights, especially if you are traveling with children. You can think of a fun way to keep them interested by organizing something like a chess tournament, where the winner gets a trophy! (A chocolate bar would be great!).

A magnetic chess set usually has one of those folding chess boards that have storage space inside or an inlay tray with individual spaces for all the chess pieces. Having a travel chess set will make sure you are never bored during a long trip!

As we mentioned, a magnetic chess set can be wooden and plastic, each of them having its advantages. The wooden chess sets look more elegant and classy, but the plastic chess sets are much more lightweight and easier to take out on the go.

Antique chess sets include some of the most famous chess sets in history, replicated by skillful artisans and hand-carved from premium quality materials. Most of the original antique chess sets are either kept in museums or are a part of private collections. These luxury chess sets are not just board games, but real works of art that are made for display as much as actual play.

Unlike a magnetic chess set, which is usually quite affordable, luxury chess sets are more on the expensive side, because of their unique design, and pricey materials. So if you are fascinated by these unique ornate chess boards and chess pieces, you have to be ready to spend a pretty penny.

These chess sets might be far from professional chess sets offered in our chess store, but they are definitely the most fun to play with. Themed chess sets are designed around one main theme and idea, that dominates the style of the chess pieces and the chess boards in this category. The themes can be anything from Ancient Rome to Harry Potter! These unique chess sets make a wonderful present for any chess lover and will definitely draw attention and well-earned compliments.
Chess sets in the themed category can be wooden, stone, glass, plastic and even 3D printed.

These professional chess sets usually feature Staunton chess pieces and have very strictly regulated chess boards. The chess boards have a square size of 2.25 inches, as determined by the US Chess Federation, and the chess pieces of a certain size as well, with a chess king of 3.75 inches. These professional chess sets are used for tournaments both local and international.

Modern electronic chess sets give you the opportunity not only to play online with other people, but also battle the computer and perfect your skills either way. These chess sets can come equipped with their own digital chess timers or other accessories.

Wood hasn’t always been the main material for chess boards. The initial material was ivory, as well as stone and even crystal. Wooden chess sets were more affordable and less classy as far as the royalty were concerned. And as chess was considered a game for the upper class for a long time, wood wasn’t a preferred material.
Wooden chess sets became mainstream when chess became more accessible to all the economic classes. And the Russian Empire and the Soviet Union that came after had a lot to do with the popularization of chess.

As you see, chess sets are versatile and all of the components can be purchased either readily in a set, or separately. Meaning you can pick and choose different chess boards, according to the size of the chess pieces you like. We offer a large selection of chess boards to suit your needs and separate chess pieces with unique designs and quality materials.

There are plenty of curious chess sets, chess timers, antique and luxury pieces and standard Staunton chess sets in our store. Take a look, and you can choose the one that suits you best! Let chess into your life and you’ll not be disappointed! So play, learn, enjoy and let the battle begin!